Happy October, folks! We’re knee deep in the autumn season, and I’m still kind of in shock. Where did summer go?

The heat of the summer months might be gone, but the high point of travel season is just beginning. The weather’s crisp and lovely, the crowds have seriously thinned out, and there are tons of cool things going on around the world.

Where should you be traveling this month? Let’s find out!

If You Can’t Pull Your Kids Out of School

If you’d rather not leave the country—what with school fully in session and all—Albuquerque’s the place for you! The weather’s perfect this time of year, but the city’s real attraction is its annual International Balloon Fiesta. Every October, the city comes alive with hundreds of brightly colored hot air balloons, and it’s a pretty awesome experience.

The 9-day fiesta will be running from October 3rd through the 11th, and features a carnival, live music, fireworks, and of course, ballooning competitions. The festival fair grounds will be packed to the gills with cool booths selling local wares, so the time to stock up on New Mexican jewelry or ballooning memorabilia is now! If you’re really into the balloons, head over to the Anderson-Abruzzo Albuquerque International Balloon Museum to get caught up on the sport’s history. Need a break from all the balloons? Go on a Breaking Bad themed city tour, or cruise historic Route 66 like Heisenberg.

Want to go a bit further afield—and get some peace and quiet while you’re at it? Head to Rome! The city’s super crowded all summer long, but by October, the weather is still lovely and the crowds have (mostly) gone home. Score!

Tour the Coliseum, walk the cobblestone streets, take a selfie at the Trevi Fountain—you can even swing by Vatican City to say hi to the Pope, now that he’s returned from his epic US trip! And the best part? There won’t be swarms of tourists crowding all your photos. You can finally enjoy that bowl of homemade pasta in peace. Perfetto!

When you’ve had your fill of pizza and gelato (although that may never happen, #noshame), add a spooky Halloween component to your Roman holiday with a tour of some of its creepiest, crawliest spots. When in Rome!

Missing the beach already? I don’t blame you. A solid chunk of beach destinations are mired in monsoon and hurricane season this month—the Caribbean chief among them—but there’s one spot that’s absolutely perfectly this time of year. Turkey!

The country’s Aegean and Bosphorus coasts are still hot, sunny, and all around gorgeous in October, but the vast majority of vacationers won’t be hanging around. You’ll have that gorgeous coastline (almost) all to yourself. Bop around amongst the fishing villages and boutique hotels, eat all the food—Turkish food is INCREDIBLE, for real—and get your tan on. This one has to last you through the holidays!

If you want a taste of Turkey’s metropolitan side, make a stop in Istanbul. It’s hot, sticky, and crowded in the summer, but come October, it’s crisp, open, and beautiful. Make sure you check out the Blue Mosque and Hagia Sophia—and don’t forget to try the Turkish coffee. Yum!

If You’re a History Nerd with an Adventurous Streak

Want to see ancient rock-cut temples and tombs, Indiana Jones style? Jordan is the place for you.

Despite headline-grabbing conflicts in the region, Jordan itself is peaceful, safe, and welcoming to visitors. Not to mention, there are virtually no crowds right now. If you want a taste of the Middle East in all its ancient glory, there’s no better time or place to do it.

Start out in the capital city, Amman, before heading down to the iconic “Rose City” of Petra. Take in the ancient architecture before moving on to one of the many picturesque towns along the Dead and Red Seas. If you’d rather stay on dry land, take a trek into the desert on camel or horseback. Summer’s drawing to a close in Jordan—meaning it’s cool enough to venture into the Valley of the Moon, a seriously awe-inspiring experience.

If You Absolutely Love Halloween 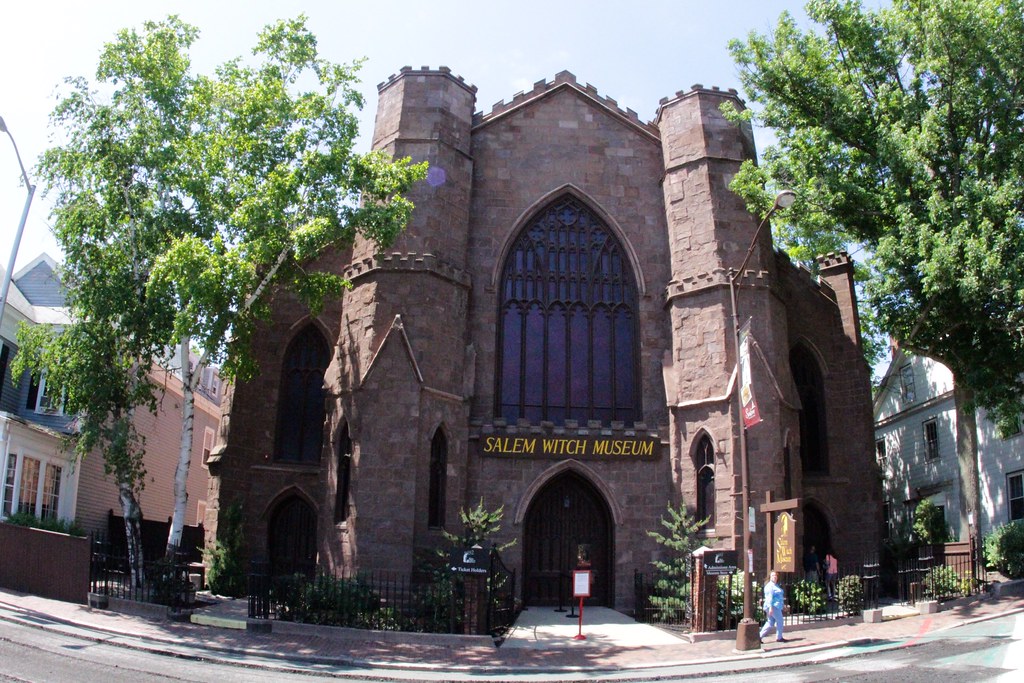 For the history buffs out there, you’ll remember Salem as the site of the infamous witch trials in the mid-17th century. Ever since, the town has had a reputation for witchcraft, hauntings, and general freakiness. Even better, Salem’s community totally embraces it.

From October 1st through the 31st, Salem plays host to its annual Haunted Happenings festival, a full month’s worth of costume parties, haunted hayrides, haunted house tours, a Halloween parade, and more. If you’re looking for an epic Halloween extravaganza, Salem’s got it.

Where are you traveling in October? Will you be visiting any of these must-see spots? Let us know in the comments!