So you want to see the modern day Wild West — but you don’t want to be inundated with cheesy tourist t-shirts, phony wagon rides, and themed pubs that were actually just built last year. You’re in luck, because there is definitely enough room in these six towns for the two of us. From the old-time saloons of Arizona to the open pastures of Colorado and everywhere in between, these six cities manage to wrangle their Wild West roots while offering all the amenities to make a pleasant stopover for the traveler of today. So buckle your boots, saddle up your horse, and read on to discover the best of the Wild West!

Founded in 1869, Elko was part of the Western boom that had ties to mining, railroads, and ranching. And now, nearly 150 years later, the town still maintains its old Wild West feel. Home to the Northeastern Nevada Museum, the Western Folklife Center, authentic Basque restaurants, Elko residents are proud of their storied history. However, this city isn’t content staying rooted in the past — they host an annual Cowboy Poetry Gathering, a National Basque Festival on the July Fourth weekend, and are nearby to many outdoors activities that offer intrepid travelers loads of hiking and scenic driving options.

The area, located right between old Sioux and Crow land, has seen legendary figures like Sitting Bull, Red Cloud, and Crazy Horse pass through its streets. The area is also known for being the town nearest to where General Custer launched his infamous Battle of Little Bighorn in 1876. Nowadays, the city plays host to its 17,000 residents as well as to ten sites that are on the National Register of Historic Places. To truly experience what the Wild West was like, look to the city’s guest ranches, attend a rodeo, take a horse drawn carriage ride through town, catch one of the many arts festivals that passes through town, or enjoy the surrounding natural landscapes. 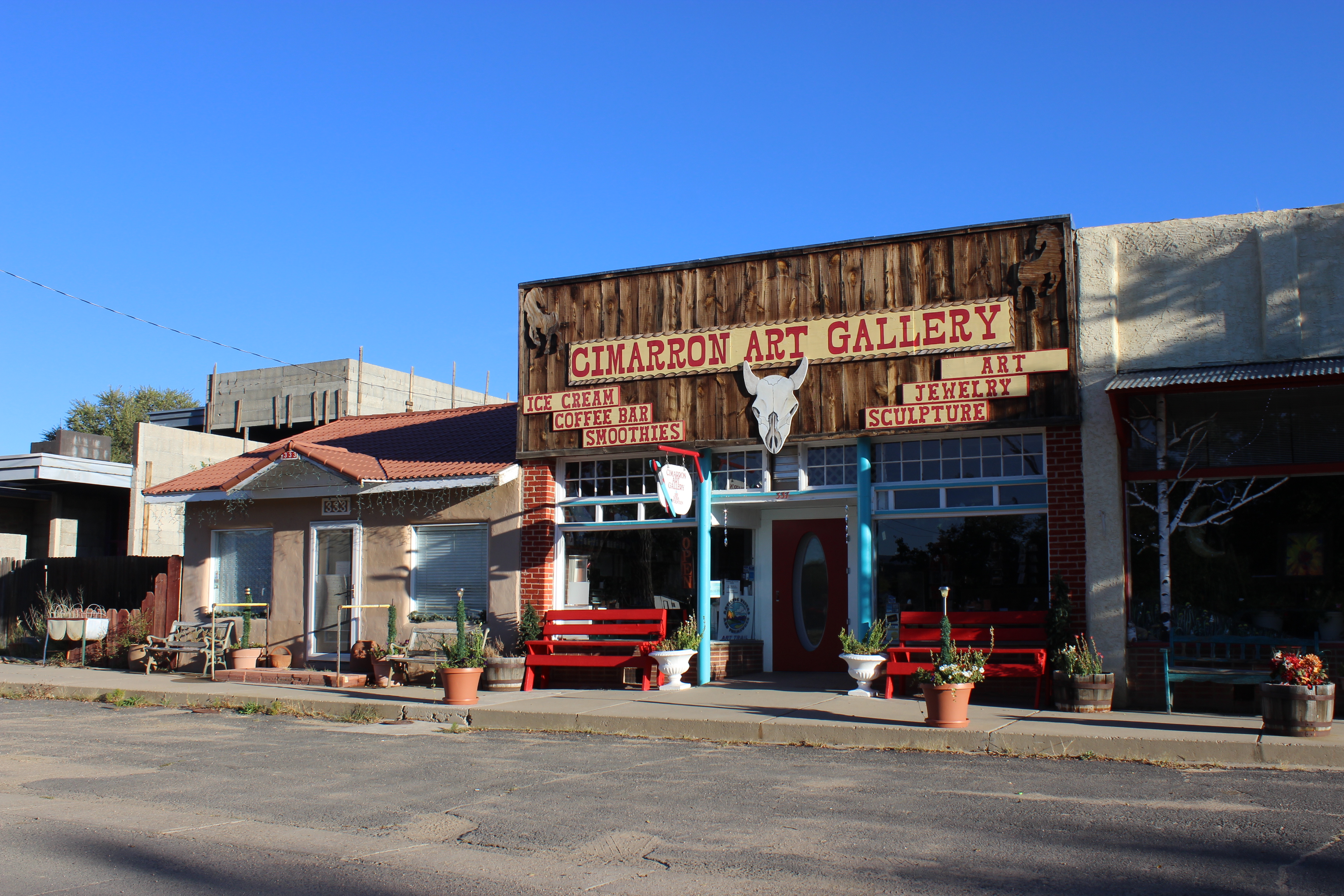 Established in 1861 and bearing a name that in Spanish translates to “wild” or “unbroken”, it’s no wonder that Cimarron was a hub for all things bawdy, illustrious, and gritty about the Wild West. At the center of the hubbub was the Maxwell House (which was, unfortunately for you travelers, completely destroyed in a 1922 fire), where records show the likes of Davy Crockett, Kit Carson, and Buffalo Bill passing through. Nowadays, modern explorers can wander through the sleepy town and see art galleries, tiny restaurants, and the ruins of 12 structures from the Old West — like the town’s jail, courthouse, and still-functioning hotels. Don’t miss the St. James Hotel, where you can stay in rooms that Wyatt Earp and Jesse James once slept in!

With a history firmly rooted in its railroad and mining communities, the town still strives to maintain its Wild West persona — its downtown is a National Registered Historic District, complete with old hotels, traditional restaurants and pubs, museums, art galleries, and more! Get out of the city like the cowboys of yore and ride through the San Juan Mountains on horseback or hop aboard the cliff-clinging train to Silverton. Once you’re back in town, there’s plenty of things for the aspiring Wild West outlaw to do, but perhaps the most authentic is to toss back a drink at the Diamond Belle Saloon, a ragtime piano bar in the historic Strater hotel that dates back to 1887!

Passing beside the iconic rocks of Scotts Bluff and Chimney Rock was a momentous occasion for the pioneer headed West on the Oregon Trail. And Scottsbluff, Western Nebraska’s largest city with 15,000 residents, pays homage to the importance of the place with tons of monuments and museums for the interested traveler to check out. With landmarks dedicated to the Oregon Trail pioneers, the Pony Express route, the Robidoux Trading Post, numerous art galleries, and much more, Scottsbluff is a town that really keeps true to its Wild West roots. With plenty of bed and breakfasts to relax in, outdoors sites to explore, and saloons to drink like a trekking pioneer, this Western Nebraskan city is one to check out!

One of the most famed of the Wild Western towns of yesteryear, Tombstone is a tiny town in Arizona whose population barely tops 1,000. Founded in 1877, it was one of the last of America’s Old West frontier boom towns when the discovery of silver in the area prompted a mass rush. Walk the streets that legends like Doc Holliday and Wyatt Earp tromped through — though you should probably leave your pistol at home. Because it has such a small population, the town caters well to visitors looking for a real Wild West experience, offering loads of Old West tours and looks into preserved hotels, saloons, theatres, and the town courthouse. The town also revels in its most famous moment: offering the public daily reenactments of the shootout that pitted Billy Clanton and the McLaury brothers against the Earp brothers and Doc Holliday in the O.K. Corral. Doesn’t get more Wild West than that, folks!

Have you ever traveled through any of these towns or know of one that we missed? Tell us about it in the comments!